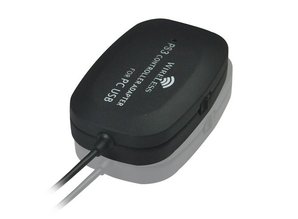 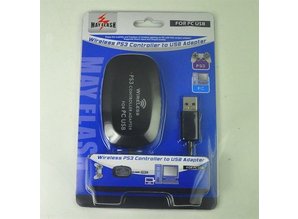 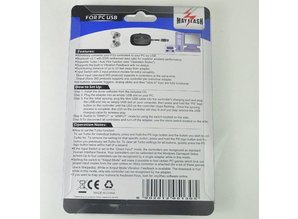 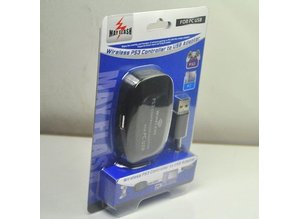 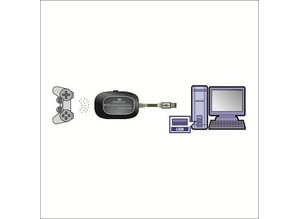 HOW TO SET UP:

Step 1: Install the driver software from the included CD.
Step 2: Plug the adapter into an empty USB slot on your PC.
Step 3: For the initial syncing, plug the Mini USB cable into the controller's charging port and plug the USB end into an empty USB slot on your computer, then press and hold the “PS” logo button on the controller until the LED on the controller stops flashing. Once the syncing process is complete, the LED on the controller will stay lit and you may remove the USB charging cable for wireless play.
Step 4: Switch to “DINPUT” or “XINPUT” mode by using the switch located on the side.
Step 5: To disconnect all controllers and turn off the adapter, use the micro On/Off switch located on the side

●If the Input Switch is set to the "Direct Input" mode, the controllers are recognized as standard Human Interface Device. Your controllers can be calibrated at the Windows Gamepad Setup screen. Up to four controllers can be recognized by a single adapter while in this mode.
● Setting the switch to "Xinput Mode" will make it possible to fool certain PC games which lock out proper input modes from the user unless an Xbox controller is attached (for a list of these games, check Wikipedia). While in Xinput Mode Vibration Feedback is available. The drawback is that while in this mode, only one controller can be recognized by the adapter.
● How to set the Turbo function:
To set Turbo for individual buttons, press and hold the PS logo button and the button you wish to set Turbo for. To remove the setting for that specific button, press and hold the PS logo button and the button you previously set Turbo for. To clear all Turbo settings for all buttons, quickly press the PS logo button twice within half of a second.
●If you want to map your buttons to Keyboard Keys, look for Joy2Key software online.

No specifications found...
Add your review »
No reviews found...
No tags found...
Back to top
My account
Customer support
Payment methods